Experiences from a Hybrid Author 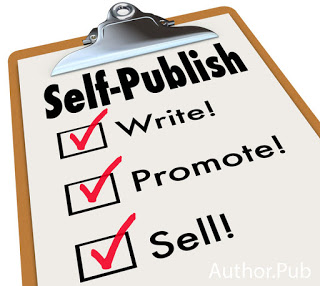 When I finally bit the bullet and decided I was going to self-publish, it was after years of sending my books out and building stacks of rejection notices. By that point, I just wanted to get my books out in the world and turn my attention to new projects.

Luckily, I found a friend who was a graphic designer who made covers for me and I knew quite a bit about formatting and interior design to make the books look pretty good. I loaded them up, hit the publish button, and let them out into the world.

They basically sank, but that was okay. I tried a lot of different things, set up a lot of long-term projects to go along with the books, and then just wrote more books. I published four books during those first six months, and then I was forced to start writing again.

But now I had a better sense of how everything worked. I'd done a fair bit of marketing, tried out a lot of different outreach methods, and built up a community of people who could help me. I wrote my newest book with the intention of trying out the Amazon Kindle Scout program, and I had every intention of winning a contract and seeing how well it would go.

And win I did. I had incredibly good feedback about the novel from Amazon's editors and from the audience that was allowed to read the first chapters. Amazon paid for editing and released the book, and it's been out for a little more than a week now. It's had a bigger response in that week than some of my books have had during their entire existence after launching months ago.

Using Kindle Scout has taught me a lot about what can be accomplished with a lot of effort. I feel like I've been continually improving as an author and learning new tricks and tips that always help. The one thing I've learned is that publishing is like gambling: you can't gamble without being willing to put money on the table (professional reviews, awards, editing, covers, marketing) and you aren't guaranteed to win or even make your money back. But, sometimes you'll hit a jackpot. If you aren't willing to gamble, then it might not be the right career.

Now I have a book traditionally published (as traditional as Amazon could ever be considered to be) and several books self-published. I've won multiple awards, and the one that's paid off the most for me was CLC Awards for my two literary novels. I stumbled onto their service toward the beginning of my career and now it's one of the staple services I use for enhancing my career.

Lincoln Cole is a Columbus-based author who enjoys traveling and has visited many different parts of the world, including Australia and Cambodia, but always returns home to his pugamonster and wife. His love for writing was kindled at an early age through the works of Isaac Asimov and Stephen King and he enjoys telling stories to anyone who will listen.