Life is Short, Readers are Waiting

A Case for Self-Publishing 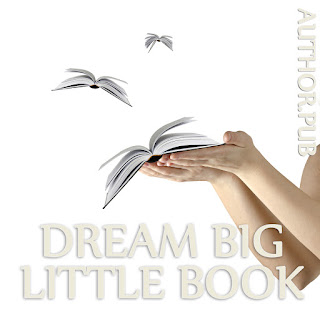 You hold in your hands a completed manuscript which deserves to connect with its readership. Two divergent paths to this goal lie before you: the path of traditional publishing and the path of independent publishing—also known as self-publishing.
The first path promises prestige and, potentially, a cash advance…if you can find an agent who loves your book, if she can find an editor who loves your book, and if that editor can convince others at the publishing house—especially the sales force—that your book will make money, or that the company can absorb a loss for the sake of art. This path to publication usually takes years between agent search and first printed copy arriving in the mail. Meanwhile, the clock ticks and you get older and older.
The second path lying before you offers a quick trip: copies of your book will reach readers in a few weeks and you can move forward with your life. Of course, the trade-off is that in this scenario you are genuinely independent, in ways both good and bad. The downside is that you renounce that heady prestige, as well as the robust distribution and marketing machine of a publishing house, and you must grapple instead with the lingering stigma that comes with self-publishing, with going it alone and sending your work out into the world without the stamp of approval conferred by the legacy publishing industry.
So let’s look at this stigma, element by element.
1.      It stems in part from the notion that writers are paying to have their own books printed. This reputation is a hold-over from the “vanity press” days of yore, the analog days, whereas we now live in the digital age; therefore—and here I use the example I favor, a platform called CreateSpace—you pay nothing, either up front or down the road, as long as you handle the print-ready formatting of the manuscript yourself and provide your own cover art.
2.      Conservative detractors seem to think that a gate-keeper must stand between artist and audience, ensuring the worthiness of the former. Well, hot news flash: artists and writers have been chipping away at and transcending this middle man for many years now. Think of the music industry, where bands and solo performers have been successfully shunning and sidestepping conventional industry labels for more than a decade, releasing their work directly to their fans by means of “independent labels”—that is, their own labels. Take the example of bloggers, too. What are they but self-publishers? Fifteen years ago, those in the know looked down their noses at these poor creatures who apparently could not get their work accepted within “legitimate” journalistic venues. But don’t look now—bloggers virtually rule the world. Those who release their own books independently are the bloggers of the book-publishing world. And YouTube allows countless artists, entertainers, and journalists to connect directly with their various audiences. Commentator Cenk Uygur, for instance, left the world of corporate news at MSNBC to found his own outlet, The Young Turks, which has now amassed two and a half billion YouTube views, even as MSNBC continues to languish in ratings purgatory.
3.      The stigma against independent publishing suffers from a severe, ahistorical blind spot—or is it a willful forgetting of the past? I recognize that this point will seem to clash with the above image of the current-day reactionaries having “fallen behind the curve of history,” but the truth is that both dynamics are in play: contemporary options are outstripping the corporate modalities of recent years and our new groundswell of authorial autonomy resonates with that of a century ago and more. Before the publishing industry had developed and consolidated power, authors who could afford to (yes, it cost money back then) often had their own works printed up and made available to readers—geniuses including Virginia Woolf, Walt Whitman, Gertrude Stein, Edgar Allen Poe, Mark Twain, Henry David Thoreau, Beatrix Potter, and a multitude of other enduring literary figures. That is, we are now circling back to a time when authors felt at liberty to make and distribute books without stigma.

The only trouble is that many in the world of traditional publishing (and in the ancillary ranks of bookstores and reviewers) have fallen behind the curve of history and still cling to that outmoded and regressive “gate-keeper” archetype. Why not let art sink or swim thanks to its intrinsic quality rather than to the imprimatur of a company? When you boil the case down, after all, what is an editor? An editor is an English major who got a job. And marketers? They are not even English majors.
Fortunately, today’s dramatic reboot of Virginia Woolf’s operating system enjoys a fresh digital form, a form far more nimble and writer-friendly than any that has ever existed before. Here are three enormous advantages of the system we now find at our easy disposal:

1.    If one wishes to add or subtract material or to remove typos, one can simply rework and upload the book’s interior file, which will then go “live” within hours. Compare this to the past; who among us has not cringed at glaring mistakes in conventionally published books, glitches that were not and will never be fixed because of the prohibitive expense of doing so within the old regime?  In short, in the new regime, you retain open-ended control over your work.
2.    Kissing the middle man good-bye gives us royalties that are much more generous; CreateSpace, for instance, pays the writer an average 33% of the list price, as opposed to the typical 7.5%-12% still paid by publishing houses. Over the past two months, my titles have earned me less than a thousand dollars—a modest amount for sure, but these payments will keep accruing year after year after year, as will readership.
3.    That’s because such books will never go out of print. Never. The method used to produce books is called print-on-demand, which means that copies are printed only as orders come in. No more inventories backlogged and moldering in warehouses, only to be shredded once the title falls out of print in order to make room for succeeding crates. Since it costs today’s digital platforms nothing to keep authors’ files active as ebooks and ready to be transformed into shiny paperbacks at a moment’s notice, there exists zero pressure for any book to become unavailable. I remember that when I published books with Knopf and Random House, in the 1980s and 1990s, their “shelf life” seemed to last just about as long as my meager advance money.

One important caveat, however. This completed manuscript you hold in your hands? It better be “completed” indeed, because before you decide to forge ahead and release it to the world, you are your own excellent gate-keeper—you and your circle of trusted advisors. Yes, the digital revolution allows us to fix errors post-publication, but don’t forget that smart readers will have caught them before you did and will have judged your writing accordingly. Make sure the book is definitely good enough before hitting UPLOAD.
A friend of mine worked on a novel for ten years, until it was more than good enough; I can attest to that. For the next five years, she endured the endless rounds of agents who “loved the book” and editors who “loved the book” but were not quite able to “raise the passion in-house” to put it over the top. Finally, my friend had to give up on the traditional route.
That was in 2005. I wish I could report that she then set proudly forth on the route to self-empowerment and that her beautiful novel has lived and breathed in the world for the past decade. Instead, held hostage by convention, she kept it in the dark, where it remains today. Though they will never know it, thousands of readers are much the poorer for her decision.

Christopher Noël’s two most recent books, which he released the instant they were ready, are The Girl who Spoke with Giants (a novel) and The Mind of Sasquatch and the Secret to Their Success (a theory).  He is also a freelance editor:  www.ChristopherNoel.Info